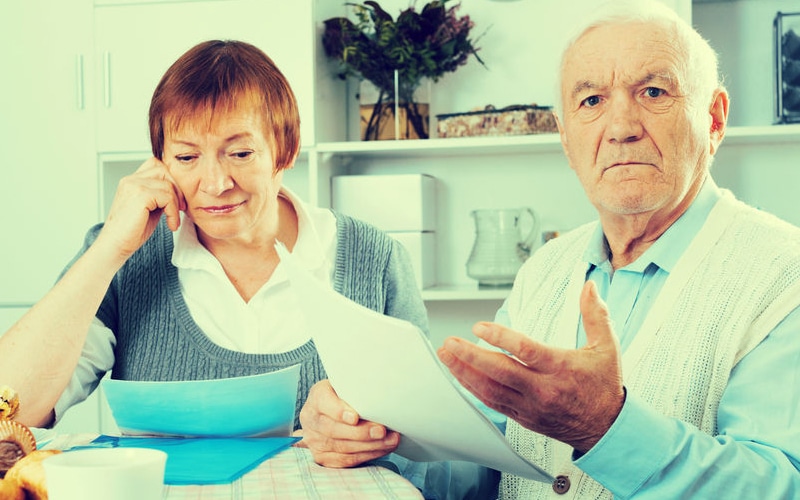 It was an unusual lawsuit. A mysterious business, identifying itself only as “John Doe Company” and “organized under the laws of the State of California,” sued the Consumer Financial Protection Bureau in January to keep its name and a pending investigation under wraps.

The company claimed in the suit that its operations “would be irreversibly damaged” if the public were to learn it was under scrutiny for possibly “unfair, deceptive, abusive and illegal” practices.

On top of that, the company wanted the court to declare that the CFPB was unconstitutional and had no authority to go poking its nose into the firm’s affairs, which involve offering cash for people’s future pension payments.

That’s known as “pension advances,” and it’s a twist on payday loans, except the company is targeting a person’s retirement funds. Typically, a lump sum is offered in return for all or part of future pension checks, with total payments running considerably higher than the initial amount given.

John Doe lost its case and the CFPB wasted no time in unmasking the company.

Say hello to Future Income Payments, which was based in Irvine until state officials issued a cease-and-desist order a couple of years ago, charging that the company was issuing loans without a license.

“They insisted that they weren’t making loans, that what they were offering were ‘sales agreements,'” said Tom Dresslar, a spokesman for the California Department of Business Oversight. “That was wrong. They were loans.”

Los Angeles City Atty. Mike Feuer filed his own lawsuit against Future Income Payments last month. He alleges the company “charged interest rates as high as 96%, far above California’s 10% usury limit, and threatened borrowers, falsely, that defaulting on the loans could subject them to criminal liability.”

In a statement, Feuer called this “predatory lending” and said that such practices “can exploit the very real financial struggles of California’s most vulnerable residents, including seniors and veterans.”

Dresslar at the Department of Business Oversight minced no words. He told me straight out that Future Income Payments’ pension advances “are a scam.”

“They prey on the elderly and pensioners, including military pensioners, who are in a tough financial spot,” he said. “We put them out of business in California.”

New York officials followed suit last year. But, like a cockroach, this company is hard to kill.

According to Nevada state records, Future Income Payments set up shop in the city of Henderson, about 16 miles southeast of Las Vegas, just a couple of months after California officials lowered the boom.

I reached out to the company. A representative took my name and number and said someone would call me right back. No one did.

I left a message on the cellphone of Future Income Payments’ chief executive, Scott Kohn. He didn’t call me back either.

All this Scooby-Doo intrigue notwithstanding, the CFPB’s crackdown on Future Income Payments is yet another example of why it’s important to have a national agency charged solely with protecting the financial interests of consumers.

Without such oversight, a company with a dubious business model could stay in business by playing a perpetual game of Whac-a-Mole with state authorities.

The CFPB’s future is now in question as President Trump and the Republican-controlled Congress seek to make good on promises to unwind financial reforms enacted by the Obama administration.

Since the bureau started operating in 2011, it has overseen a revamping of mortgage rules, proposed new regulations for payday lenders, held dozens of financial firms accountable for questionable or illegal practices, and returned about $12 billion to consumers.

In November, the CFPB asked Future Income Payments to provide documents showing that the company’s operations were legitimate.

The company countered with a request for the order to be dismissed. When that got nowhere, it filed its lawsuit challenging the bureau’s constitutionality and demanding that the firm’s name be kept confidential.

Future Income Payments argued in its suit that complying with the bureau’s request would be “oppressive, expensive, time-consuming and exceptionally disruptive.”

A CFPB spokesman declined to comment. The bureau has filed its own lawsuit demanding that Future Income Payments come across with the requested paperwork.

Is the company trustworthy? I put that question to Jack Friley, a 20-year Navy vet living in Mobile, Ala. A couple of years ago, he ran into serious financial hardship after his wife was diagnosed with cancer.

He turned to Future Income Payments, which gave him a $10,000 lump-sum payment in return for a piece of his pension checks. It was only later that Friley realized it would cost him about $40,000 to pay off that $10,000 advance.

He sued, alleging that he’d been misled about the terms of the deal. Friley said Future Income Payments settled the case by forgiving his entire debt and handing him an extra $8,000 to make him go away.

The company admitted no wrongdoing.

Raise your hand if you think these guys are upstanding citizens and the CFPB should leave them alone.