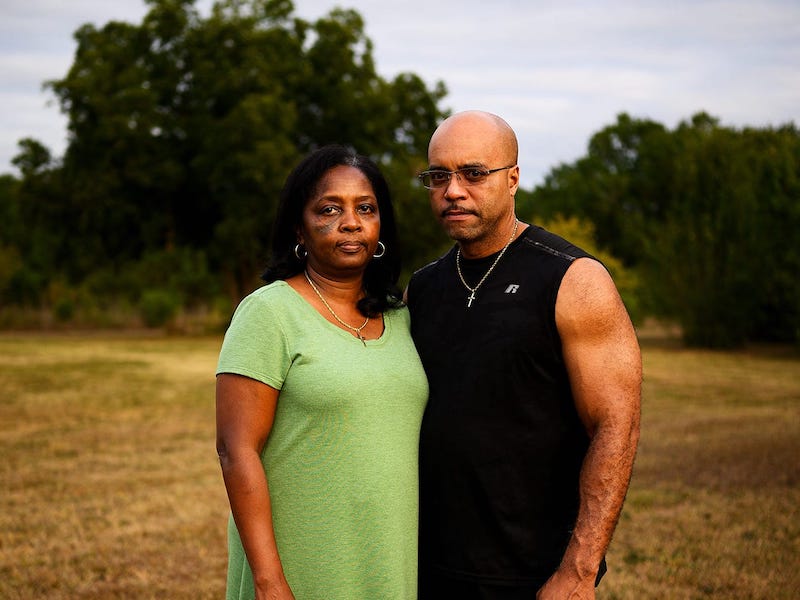 08 Nov ‘Everybody got money except me:’ How alleged benefits scams duped investors

Posted at 20:52h in Blog by phil korosec
0 Likes
Share

They invested savings in schemes that duped thousands of people in at least 33 states. Now, some have almost nothing left.

Drucilla Perry’s money was never meant for her.

Dolores Stegelin was trying to help her children in an uncertain world.

None of them got what they expected.

They all lost savings in alleged scams that ensnared thousands of people in at least 33 states, according to an investigation by The Greenville News. The businesses were based on a concept — the buying and selling of military benefits — that at least seven judges have ruled violates state and federal laws.

When two benefit-buying enterprises failed in the last couple of years, investors lost hundreds of millions — at least $451 million in one enterprise, alone — according to records obtained by the FBI.

Many of the investors said they had no idea their savings were used to buy monthly military income. Some who did know thought they were helping veterans. One investor served in the Vietnam War. Another’s father was in the Coast Guard during World War II.

Criminal and civil actions have already identified an estimated 3,000 victims nationwide. More are coming forward as dozens of cases continue across the country, from Arizona to Tennessee.

Authorities say they know of middle-class families that have nothing left. Senior citizens are cleaning houses to cover grocery and gas bills. Four years after retiring, a wildlife biologist was forced to go back to work for his former employer. A longtime nurse now works for minimum wage, according to testimony at a regulatory hearing in Arizona.

Perry, 58, worked for 17 years on the production floor and behind a desk at the Bosch automotive plant in Anderson, South Carolina. She saved $78,000 for her husband and children. It was there if something happened to her and the people she cared for would have to care for her. It was there if she died.

Perry left Bosch to take care of her ailing mother in 2009. She returned in 2015 as a repair coordinator.

In 2016, she invested that entire $78,000 with South Carolina’s Black Harbor Wealth Management. She said she didn’t know a substantial amount of her money went to Future Income Payments, the largest of the benefit-buying enterprises. The business folded last year, and her money vanished.

“This has slowed down our lives,” she said. “It was pretty much devastating.”

Perry is one of at least 105 victims trying to recover money through civil actions from some of those who profited: The insurance agents and financial advisers who promised secure retirement income that was going to be tax-free for life, according to allegations in these suits.

More lawsuits are expected before the end of the year, said lawyer Robert Rikard of Columbia, South Carolina. He and New Orleans lawyer Joe Peiffer are national lead co-counsel on these cases.

They have filed 26 lawsuits in Ohio, Illinois, California, Florida, Texas, New Jersey, Utah and South Carolina. The most — eight — are in South Carolina.

Litigation is the only way to get any money back, Rikard said, and that, of course, is a costly process with no guarantees.

The damages, though, go beyond the dollars, he said. The scam robbed retirees of a lifelong belief in a system where hard work matters most, he said. Just show up to work on time and leave only when the job is done. Save money, keep it secure, and one day you can punch out and never have to clock back in.

These investors also lost their belief in their own judgment, they said.

The plans and promises shattered. Nothing, not even the court of law, can change that.

Retired Clemson professor lost thousands that was meant for kids

Her father, a dairy farmer, died at 52. Alone, her mother raised four kids, ages 11 to 19, on a farm in Kansas, and her mother was a city girl, Stegelin said. Her family’s struggle fueled Stegelin’s drive to work hard and save often.

Stegelin was such a good teacher she taught others how to teach. She retired as an early childhood professor at Clemson University in 2017, capping off a career in classrooms from California to Oklahoma to Florida.

The 72-year-old still carries a composition notebook. In her precise script, she records what she’s done each day and needs to do the next. Stegelin even outlines conversations with her children. She doesn’t want to skip a detail or forget a question.

About three years ago, Stegelin jotted in a notebook during a Black Harbor Wealth Management seminar in Greenville, South Carolina, she said. She was about to officially retire. She and her husband, a retired University of Georgia professor, attended the seminar at the Ruth’s Chris Steak House because they wanted to learn about their financial options.

“For me, it was legacy, just leaving something for our kids,” Stegelin said.

That steak dinner soon led to meetings with the presenter and Black Harbor founder, Chris Dixon. After signing a stack of paperwork, Stegelin invested $105,000 into indexed universal life insurance policies in her son’s and her daughter’s names, she said. At 61, they could each draw on the policies as a monthly income. It would be secure and predictable, acting as a pension for them, Stegelin was told.

Both Stegelin and her husband, who now live in Columbia, have pensions through the teacher retirement system — but uncertainty drove their investments.

“This is a crazy world we live in,” she said. “We just don’t know what it’s going to be like when (our children) are our age.”

Her children were so appreciative, she said. That made what happened last year even worse. Her investment disappeared in the collapse of Future Income Payments.

“So this has been difficult because we’ve had to unravel all that,” she said.

She’s part of a pending lawsuit filed in Columbia in January that aims to get money back from Dixon and Black Harbor.

“I’ve learned a lot from this,” Stegelin said. “I have a Ph.D. I’m not stupid and I read well, but the language (that the agreement) was written in was very foreign to me, so it goes back to trust.”

Dixon was family oriented, she said. That appealed to her. He told her his family was also investing in this plan.

Dixon is “fully sympathetic” to his clients’ plight, said his attorney, Benjamin Biard.

Biard said Dixon “remains committed to helping his customers get their monies back and bringing any wrong-doers to justice.”

In court filings, Dixon and his company deny many of the allegations in Rikard’s lawsuits.

Stegelin said Dixon didn’t tell her that her investments were entangled with Future Income Payments, its ringleader Scott Kohn and the illegal buying and selling of military benefits. Kohn is now facing a federal charge of conspiracy to commit wire fraud and mail fraud, which carries a maximum 20-year prison sentence.

The charge stems from an FBI investigation into his business. He is awaiting trial in Greenville, and he is being held without bail.

Because Stegelin didn’t know about Future Income Payments’ involvement, she couldn’t look into the company’s record, she said. Stegelin researched every person and business she did know was involved in the opportunity.

If Stegelin had known, she’s certain she wouldn’t have invested, she said. The company’s troubled history of state after state banning its operations is easily discovered online.

And Stegelin always does her homework.

If you believe you were a victim of investment fraud or broker misconduct, it is imperative to take action. Peiffer Wolf Carr & Kane has represented thousands of victims, and we remain committed to fighting on behalf of investors. Contact Peiffer Wolf today by filling out a Contact Form on our website or by calling 585-310-5410 to schedule a FREE Case Evaluation.