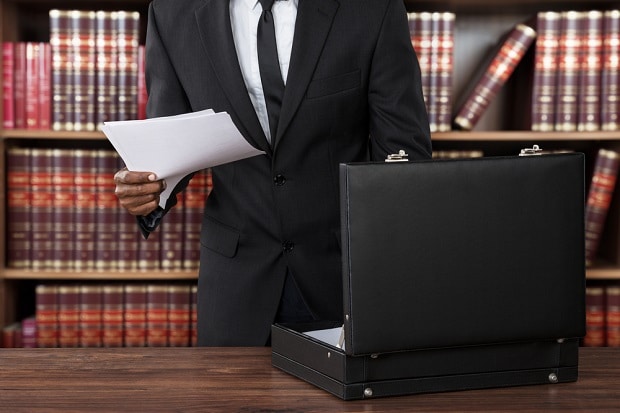 24 Aug Up to 368 brokers, advisors, and insurance agents could be implicated in lawsuits

Attorneys allege investment products were marketed up to March of 2018, even after FIP had been shut down in numerous states.

Five lawsuits against individuals serving as middlemen marketers have been filed across the country on behalf of investors in structured cash flow arrangements originated by Future Income Payments LLC (FIP) a Las Vegas-based firm founded by a convicted felon.

The five lawsuits are the first wave in what attorneys for the plaintiffs describe as a nation-wide predatory scheme that could result in losses of up to $100 million for investors and implicate as many as 368 brokers, advisors, and insurance agents that sold the investments.

“This massive scam could not have happened without a complicit network of middlemen,” said Joseph Peiffer, managing shareholder at Peiffer Wolf Carr & Kane, the law firm representing the plaintiffs, in a press call.

“These professionals should have known better,” he added. “Investors thought they were putting money in a conservative program that had been vetted by financial professionals. It was sold everywhere.”

But the program described by Peiffer, who previously served as president of the Public Investors Arbitration Bar Association, was anything but conservative.

FIP’s model relied on two streams of business. The first involved pension buyouts in which the firm would pay a lump sum to cash-strapped pensioners in exchange for a portion of monthly pension payments over a set term. Pensioners paid amounts to FIP that far exceeded the lump-sum payment, in some cases at an effective interest rate of 100 percent.

In 2015, California’s Attorney General sent FIP a cease-and-desist order, instructing the firm to stop operating in the state because its services amounted to predatory lending, and the firm was not licensed through state banking regulators. At least eight other state Attorneys General prohibited the firm on the grounds it was disguising loans as sales agreements.

FIP’s second stream of business would use proceeds from the pension buyouts to package and sell investments on the promise of fixed, guaranteed returns.

But because of intensifying scrutiny from state and federal regulators, FIP stopped collecting payments from pensioners and stopped making payments to investors in April of 2018. FIP’s founder, Scott Kohn, was convicted of a felony for trafficking counterfeit computers in 2006, and has allegedly gone into hiding.

The Wall Street Journal recently reported that FIP’s address was a mailbox in a UPS store outside of Las Vegas, and that the same address was used by Kohn for dozens of other defunct companies he started.

Attorneys for the plaintiffs allege the investment products were marketed up to March of this year, even after the firm had been shut down in numerous states.

“One hour of due diligence research would have raised dozens of red flags,” said Peiffer.

Marketers of the investments earned up to 10 percent commissions. Some worked for broker-dealers, some were registered investment advisors, and some were life insurance agents, attorneys said.

None of the representatives in the first wave of lawsuits are currently registered with FINRA. The SEC declined to comment for this story.

In 2016, Scott Sohn sold his landscaping business near Palm Springs, CA., and invested in an FIP income stream product on the advice of John Marshall of JB Marshall Financial.

No serious-minded financial professional would have recommended the investments, said Peiffer. Kohn’s criminal background was not disclosed to investors.

“These are true horror stories in terms of disclosure failures. Investors were never told their investments were illiquid. These victims deserve justice. We intend to make sure they get it,” said Peiffer.

Peiffer said Minnesota Life, which has been rebranded as Securian Financial, was the carrier commonly behind the life insurance policies marketed to FIP investors. The company had not returned a request for comment by press time.

In most cases, the life insurance policies were sold through Independent Marketing Organizations, and then through independent insurance agents. Peiffer said there have only been a couple of cases of captive insurance agents selling the products alongside FIP products.

More cases to be filed

The law firm is working on another 60 to 70 related complaints. Peiffer expects eight to 10 cases to be filed each week across the country. As of now, none are being filed as class actions. “It may turn out the best vehicle is class actions,” said Peiffer.

The attorneys said they are also investigating distributors, life insurance companies, and custodians.