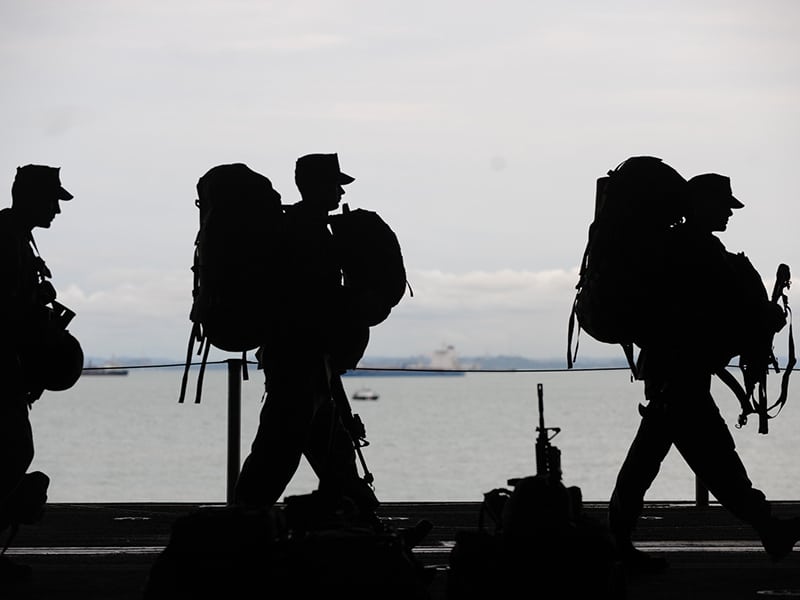 When cash-strapped Nola Wright agreed to get a $20,000 advance on his pension, little did the 66-year-old Chisolm, Minn., Vietnam War veteran know that he was one of hundreds of retirees to do business with a company in the crosshairs of regulators in Pennsylvania and eight other states.

Mr. Wright, a former construction and state highway department worker, went online in 2012 to find a lender that could tide him over until prospects for his real estate projects improved. The search led to Future Income Payments, a Nevada company operating out of Irvine, Calif. FIP advertises itself as the nation’s leader in “creative pension financing options.”

After reviewing a blizzard of confusing paperwork and being required to buy a life insurance policy with a $72 monthly premium that named FIP as beneficiary, Mr. Wright got his $20,000, less a $300 fee.

“I’m going to be upfront. It was not a good business decision on my part,” Mr. Wright said of the 2013 loan.

“It’s so easy to grab a life raft when you’re under water, even if it’s got holes in it,” said Mr. Wright, who filed for bankruptcy the day after Christmas. “They loan to vulnerable adults who need the money for either medical problems or some emergency where they don’t have good credit.”

Regulators across the country say hundreds of other people grabbed the same life raft. They have accused Future Income Payments of not obtaining a lending license and charging interest rates that in one case were as high as 240 percent.

FIP maintains that it purchases pension income and that the transactions are not loans.

“This company preys upon vulnerable people who are desperate for money,” Iowa Attorney General Tom Miller said in a January statement. “For a few thousand dollars in cash upfront, you’re forced to sign over tens of thousands of dollars from your future pension income. That’s what we call predatory lending.”

He and other regulators have targeted FIP and a handful of affiliates, including FIP LLC and Pensions, Annuities and Settlements. All of the companies are owned by Scott A. Kohn, a Newport Coast, Calif., man who pleaded guilty in 2006 to selling counterfeit computer equipment. Federal court records indicate he was sentenced to 15 months in prison.

Mr. Kohn did not respond to several messages left for him at two telephone numbers listed in his name or at FIP’s toll-free number. Nor did he respond to emails sent to attorneys representing him in a lawsuit brought by the federal Consumer Financial Protection Bureau.

Regulators say FIP and its affiliates pitch their business to senior citizens, military veterans and the disabled who have a dependable source of monthly income from pensions.

The company’s website indicates the service is not available to residents of Pennsylvania and 14 other states. In May, Pennsylvania regulators ordered FIP to stop doing business in the state until it received a lending license.

The website states anyone with $300 or more per month in pension benefits is eligible and that advances can range from $1,800 to $30,000.

There is no mention of interest rates.

“Kohn also charges high transactional fees, requires borrowers to secure life insurance in Kohn’s favor, and contractually prohibits early termination of the loans, ensuring that Kohn will collect all of the usurious interest from the pensioners,” the complaint states.

Pennsylvania’s Department of Banking and Securities ordered FIP and Mr. Kohn to stop providing pension advances in May.

Banking department officials say FIP is an unlicensed lender, arguing that since pensioners must still pay income taxes on the portion of their monthly check they turn over to the company, the transaction is a loan, not an asset purchase as FIP contends.

They are seeking refunds for borrowers who were charged more than 6 percent and a $10,000 fine for each loan made to state residents.

FIP can contest the order, which is not final until it is approved by the state Banking and Securities Commission. People who think they have fallen victim to a financial scheme should call the department at 1-800-PA-BANKS.

Pennsylvania’s action follows similar efforts by regulators in other states.

In Washington, at least 83 residents of that state — including one person who took out two loans totaling $49,000 and was obligated to pay back $146,796 — did business with FIP, according to the state’s Department of Financial Institutions.

Future Income Payments found 64 customers in Iowa, who paid an average interest rate of 131 percent, according to Mr. Miller, the state’s attorney general.

Minnesota Attorney General Lori Swanson filed a lawsuit against  FIP and related entities last month, accusing them of making loans to more than 120 state residents. The most common interest rate was 200 percent. One veteran who borrowed $1,500 was required to pay $18,000 over five years, an interest rate of 240 percent, according to the lawsuit.

“When you’re desperate, you’ll take desperate measures. What was I going to do? Rob a bank?” asked Delma Francis, a 63-year-old Brooklyn Park, Minn., substitute teacher who borrowed $4,000.

Ms. Francis was unable to find full-time work after taking a severance package from the Minneaoplis Star Tribune in 2007. She was waiting for Social Security to rule on her disability claim based on severe psoriatic arthritis, but needed cash to pay bills before the agency made a decision on her request.

“I couldn’t get a loan the traditional way because I didn’t have a job,” she said. “I thought, ‘I’m borrowing from myself, so why not?’ ”

“I had paid off the $4,000 in less than a year,” she said, noting that she was required to keep paying for another five years.

She stopped making payments after hearing from Ms. Swanson’s office. Unlike FIP customers who have their monthly payments deducted automatically from their bank accounts, Ms. Francis paid by check.

“They did not have access to my bank account, so that’s one smart thing I did,” she said.

Ms. Francis said she called FIP and told them “you’re not getting another penny out of me and they haven’t called back since.”

She was initially reluctant to talk about what happened, feeling sheepish for agreeing to the company’s terms. But Ms. Francis’ concern that others might be taken advantage of led her to discuss what happened.

“It’s not about me. It’s about this company and how they take people,” Ms. Francis said. “It’s important to stop these people.”